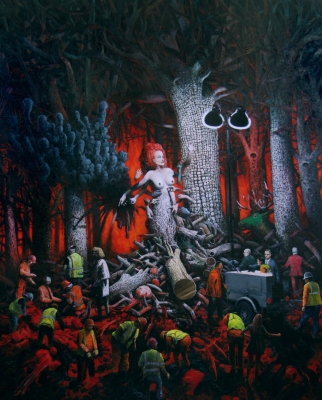 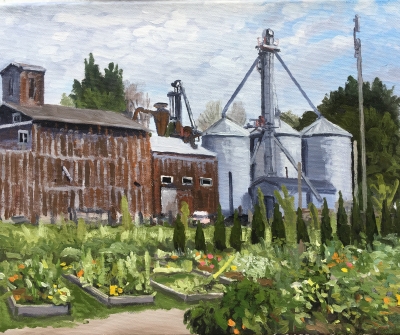 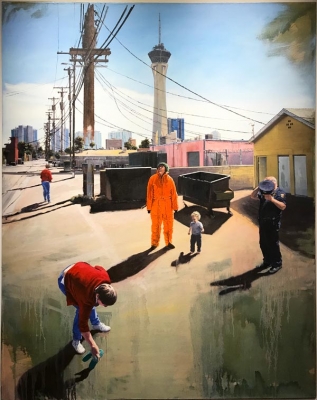 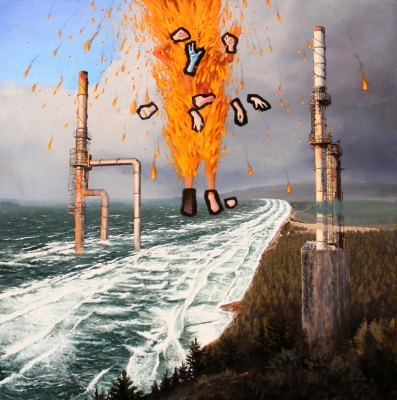 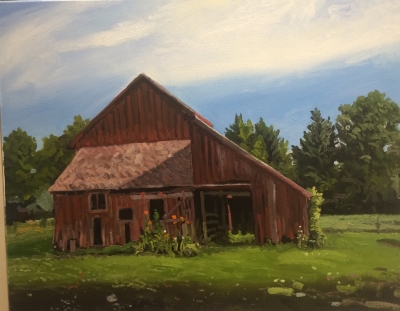 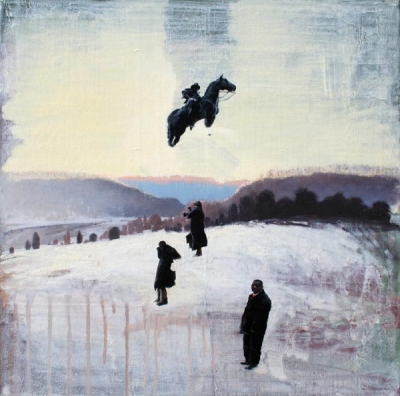 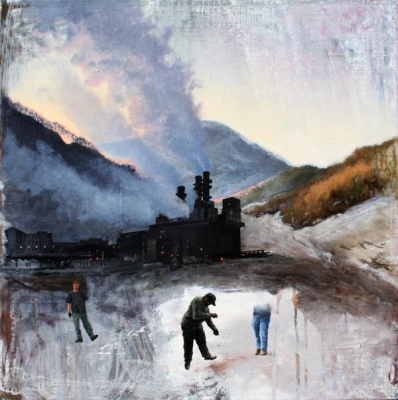 David Nakabayashi was born in Germany and grew up in Japan, Oklahoma, and Texas. He is a self-taught artist with a broad range of experience working as a cook, cotton chopper, musician, naturalist, graphic designer, and urban designer. His rootless childhood evolved into a lifelong exploration of the American landscape with its homogeneous sprawl, forgotten architecture, untamable nature and chance cultural encounters, all of which filter into his artwork. His body of work includes painting, works on paper, collage, mixed media sculpture, photography, and installation. He has had several solo exhibitions in New Mexico, Oklahoma, Texas, and Michigan, and has been represented in group exhibitions at the El Paso Museum of Art, the Museo Regional in Chihuahua, Mexico, and Denise Bibro in New York City. Nakabayashi has lived in worked in New York City since 2013 and while there has exhibited his work at Bushwick Open Studios, The Sheen Center for Thought and Culture in Manhattan, and Iorimoto Gallery in Queens.

“Land of the Free”
Sometimes I think I’m free, but more often I feel trapped by this solitary art practice I chose or fell into by accident as if it were a hole in the ground, or found somewhere like a beautiful rock. I’ll stay in my studio for weeks, rarely travelling more than a few blocks, but then one morning rush over to Manhattan to stare at an old building or drive West for days until I see a sign on a fence that says “please close gate”. Maybe this idea of freedom is a shackle we’re forever trying to break, or maybe it’s just money that I’ll never have, or maybe it is the enlightened state I’m always longing for. The truth my America tells me may be true to someone but it’s not always real and telling the real from the myth is difficult these days. But I’m an artist, so I don’t need to tell the difference. My paintings, drawings and sculptures slip right in between truth and myth and flow from my past, and from my country’s past, straight into the discombobulated burning sexy future. Perhaps there is little freedom to be found in that.
December 9, 2016, Ridgewood, NY

To order any of David’s work please complete the form below stating David Nakabayashi‘s name in the message area and I will contact you as soon as possible. Or call Judy Ferrara directly at 1-574-276-6001.