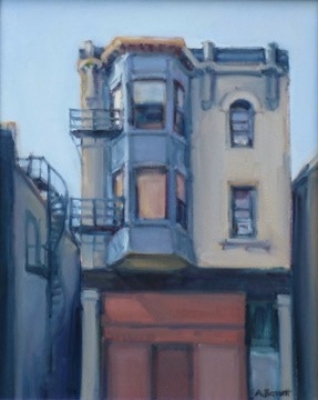 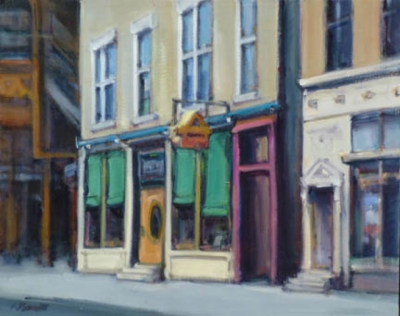 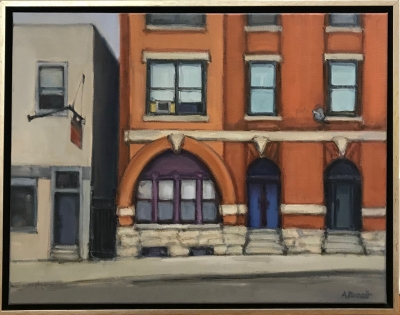 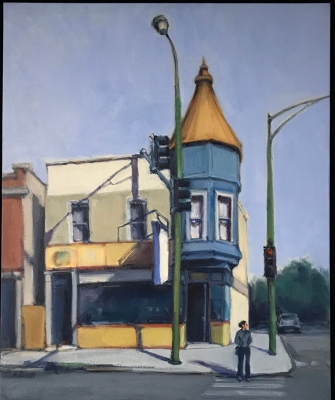 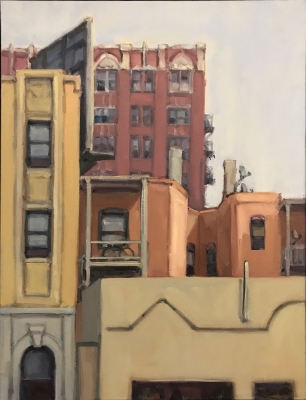 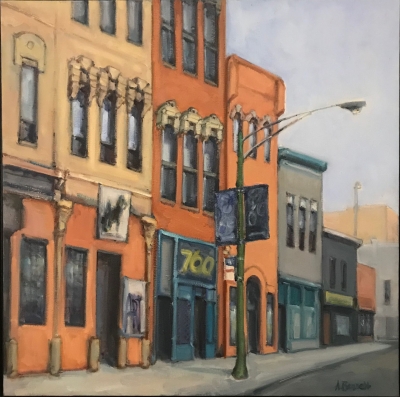 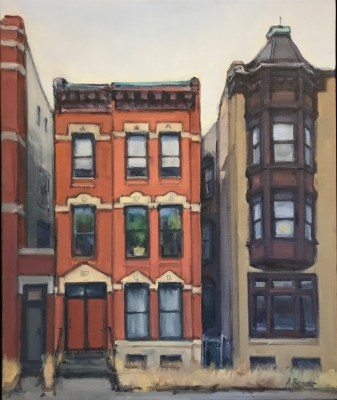 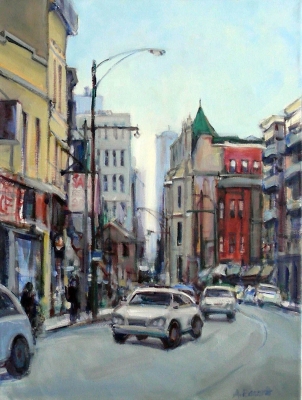 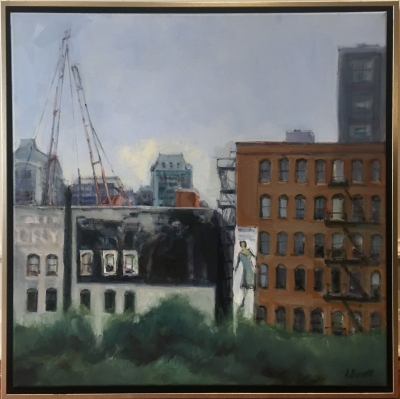 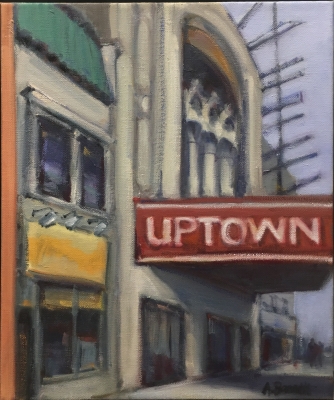 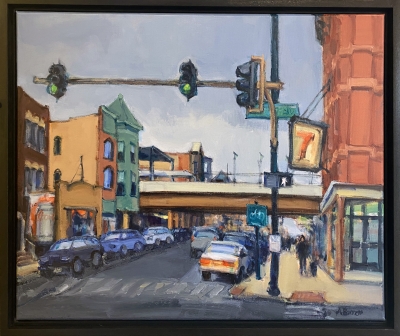 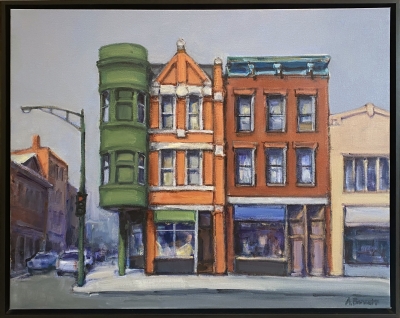 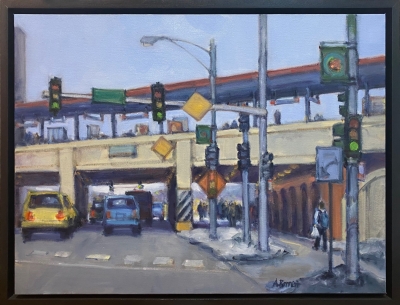 Audrey McCartney Barrett grew up in Queens, New York. There, she became fascinated with the urban landscape, taught herself perspective, created artwork and studied art history. Early in her career, she was known for her landscapes and botanical subjects.
After several moves about the U.S., Audrey relocated to Chicago, her home since 1975. Rich in culture, diversity, architecture, and fascinating neighborhoods, Chicago became Audrey’s muse. Audrey became enamored with the color, vitality, and intrigue of the individual neighborhoods that radiates its own personality. Her focus is the architectural form and the Chicago urban landscape.
Audrey’s creative process begins with her photographs which are then used to create a montage that captures the essence and character of the scene. Her compositions begin with sketching onto the canvas with thinned acrylic paint and then she finishes the painting with rich oil paints to truly capture the complexity of her subject.
Audrey’s work can be found in private and corporate collections as well as the Illinois Tate museum.