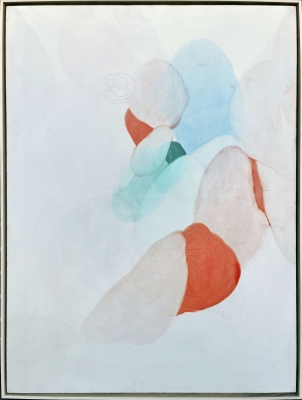 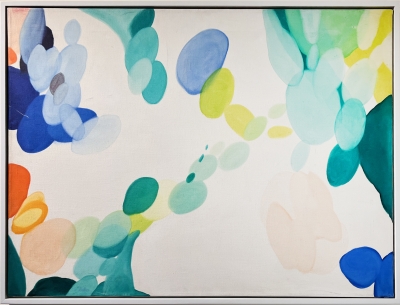 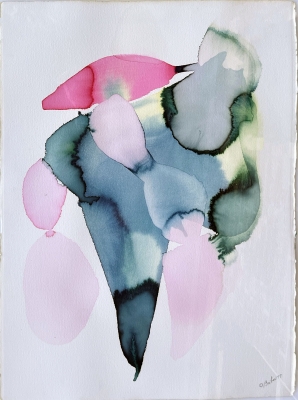 Abstract painter, lithographer, and feminist, Alice Baber specialized in paintings of ovals, circles, and free-forms that extolled the radiance of color. Born August 22, 1928, in Charleston, Illinois, the artist was dogged by ill-health as a child, forced to spend her winters in Florida to escape the harsh northern winters. Cancer would claim her on October 2, 1982, in New York City at the relatively young age of fifty-four. She is buried in Fairview Cemetery in Edgar County, Illinois.

Baber began her art studies early as if to compensate for a shortened life, studying drawing as an eight-year-old, and taking a college class by age twelve. She attended Lindenwood College in Missouri for two years, then studied with Alton Pickens, a figurative expressionist painter, at Indiana University in Bloomington. She received her M.A. degree there in 1951.

Travel was an important activity for Baber in the early 1950s, during her marriage from 1964-1970 to abstract painter Paul Jenkins, and throughout her life. In 1951, she studied at the Ecole des Beaux-Arts in Fontainebleau, France, and traveled through Europe. In 1958, she began a several-year period of living in Paris. In 1964, Baber and Jenkins visited Japan for their show at the Osaka Pinacotheca Museum.

Baber visited India twice in the 1970s. In 1974, she had a one-person exhibition in New Delhi, the same year she traveled to Iran for a show in Teheran. In 1976, she traveled to thirteen Latin American countries, lecturing and exhibiting, on a four-month tour sponsored by the United States Information Agency.

In the early 1950s, Baber went to live in New York City, where she became a member of a Tenth Street co-operative gallery, the March Gallery, where she had her first one-person-show in 1958. She attended the Yaddo Colony in Saratoga Springs, New York for the first time in that year. She was supporting herself by writing, later becoming art editor of McCall’s magazine.

Baber organized exhibitions of women artists, including “Color Forum,” in 1972 at the University of Texas, in Austin, and “Color, Light, and Image,” in 1975 in New York City at the Women’s Interart Center, a show of artists from around the world in recognition of the United Nations International Women’s Year. Baber wrote an essay for the catalogue of the Texas show. Phyllis Derfner covered the latter exhibition in the March-April, 1976 issue of Art International.

To order any of Baber’s work, please complete the form below stating Alice Baber’s name in the message area, and I will contact you as soon as possible. Or call Judy Ferrara directly at 1-574-276-6001.