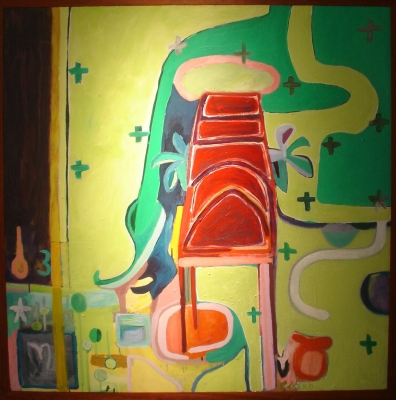 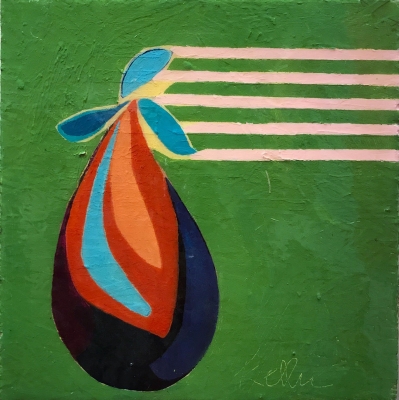 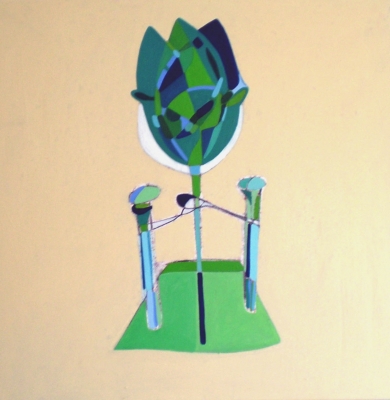 Painter has ‘Clear Vision’ for Future

Every time Kellie Pickard gets flowers, she paints them. And with a boyfriend who lives overseas in Prague, Czech Republic, Pickard gets flowers a lot. “He moved to Europe in January,” the 32-year-old artist says. “My goal is to move there.” Pickard, who lives in Three Oaks, and bartends on the side, just returned from a two-week trip to the Czech Republic. “I went there to make sure I liked the city,” she says. “I loved it. The art scene is very alive there, very contemporary. It’s like a miniature Chicago — but way cooler.” While in Prague, Pickard used tempera paints to record her experiences and surroundings. She captured homey things, from her boyfriend’s apartment windows and bathroom to the hot plates the citizens of Prague use to cook on. Those nine paintings will be on display Sunday during “Clear Vision,” a benefit for the St. Joseph County YWCA at The Gallery at the Gordon Beach Inn in Union Pier. The event — which combines an art opening with a fundraising dinner — will kick off with a champagne reception for “Clear Vision,” a week-long exhibition of 15 of Pickard’s recent works. The reception will be followed by a four-course wine tasting dinner by Timothy’s Restaurant. During the event, one of Pickard’s paintings will be auctioned. A portion of all ticket and painting sales will benefit the YWCA, which offers programs from community education to domestic violence. “I have no problem helping a foundation like that,” Pickard says of the YWCA, which recently moved to new facilities at 1102 S. Fellows St., South Bend. “They have apartments they give the women, and they’re allowed to bring their children. … The ‘Y’ keeps them very safe,” Pickard says of the organization’s domestic violence programs. “I just like to be a part of anything that helps a woman get out of a bad situation because I’ve been in those bad situations.” Those “bad situations,” Pickard says, are behind her now, and she’s looking toward the future. Pickard, who is represented by Blue Gallery in Three Oaks, has found a new focus in her life and work and has exhibited her paintings in Chicago, Saugatuck, Mich., and Kalamazoo. “I just feel like I know exactly what I want to do now with my art career,” she says. “I think everything is beautiful to be alive.” And her paintings reflect that belief. Unlike her recent Prague paintings — which she says she painted in a new, darker-blue palette — most of Pickard’s works are whimsical and bright abstractions of the world around her. “I paint them all out of my head,” she says. “They express a lot of emotions.” Pickard, an oil painter who picked up the medium in 1999, says she starts with a dark base coat, then layers bright colors on top. She finishes her paintings with a coat of epoxy to give them a high gloss. Pickard takes everyday items such as glass bottles or pebbles and paints them with simple, expressionistic shapes. “They represent the subconscious of human nature,” she says. “Even though they’re abstract, there’s still something that represents nature.” But what makes the paintings resonate with viewers, Pickard says, is that the paintings don’t just tap into her subconscious. “They tap into emotions that other people have (too).”

To order any of Kellie’s work please complete the form below stating Kellie Pickard‘s name in the message area and I will contact you as soon as possible. Or call Judy Ferrara directly at 1-574-276-6001.